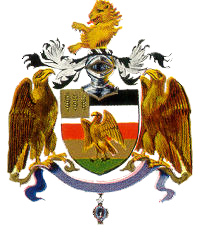 Rathores are a Suryavanshi Rajput clan. The clan traces its lineage back to Rama, the mythical hero of the Hindu epic Ramayana and through him back to the sun god Surya himself. Which is why the Rathores also call themselves Suryavanshi or family of the sun. The Rathores hail from the Marwar region of western Rajasthan and inhabit in the Idar state of Gujarat and also in Chhapra & Muzaffarpur district of Bihar in a very small number. From the story of the martial clan, the Rathores who ruled Marwar from Jodhpur till the merger of the Princely States with the Dominion of India in 1949, one must travel further back in time to the year 1194. It was in that year, thousands of miles away in eastern India that the Muslim invader, Shahabuddin Mohammed Ghori, defeated the mighty Jaichand of Kanauj. It was Jaichand's great-grandson, Sheoji, who rode out to Marwar in 1226, eager for fresh battlefields and glory all his own. And it is Sheoji's descendants who proudly bear the name, Rathore.